(See the rest of our tip index here)

The Best Travel Gadget Ever

Whilst I’m fairly technical and like my gadgets, its rare that I am really impressed with a new toy, and rarely does a new toy exceed my expectations.  Now having put the new toy through its paces whilst being away, I can only say I’m even more impressed than before.

Its our iPod Touch third generation.  The comments herein also apply to the iPhone and perhaps iPad – though the iPad is a lot bigger (which has benefits) it is also too big to be discreet.

Well firstly, its a music player.  Though never, ever think that just because it has iPod in its name then thats all it does.  It has the same software as the iPhone and thus has millions of applications (though most you won’t want) – but it does have some awesome features which as a travel gadget mean it has a very versatile use.  The amazon links above have all the technical specifications, but…

This is tip of iceburg really – it just works – and if you have a particular requirement there is almost certainly (within reason) going to be an application for it on iTunes. (e.g. underground maps, train timetables, games, facebook, google-earth etc etc).

Is there any gadget better?

Than an iPod touch?  Yes – an iPhone would beat it.  The iPhone also has camera, GPS, and digital compass which are all excluded from the iPod touch.  However, we found it difficult to justify the additional iPhone costs especially as abroad we don’t use it as a phone, thus the iPod touch won for us. If you have unlimited funds, or indeed use a phone a lot, then consider an iPhone.  However ensure the iPhone “phone” is off when abroad else you will get stung for huge roaming data charges.  (The iPod touch will never have any running costs)

All my experience of other gadgets, mobiles, and Windows Smart phones just don’t really compete with the iPod touch.  They feel flaky in comparison and many features feel like afterthoughts.  They definitely aren’t as easy to use as the iPod touch which, quite simple, does what you what in the way you expect.

So – thats our best gadget – multiple uses and it just works. Thats my top tip – even though I hate Apple! 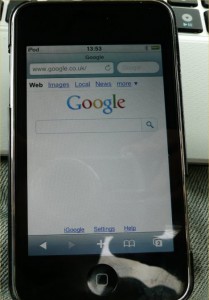 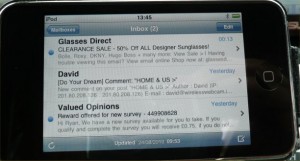 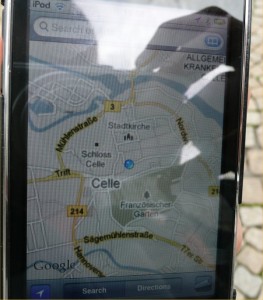 4 thoughts on “Tip: The Best Travel Gadget – EVER”

If you need a clever 12v engine, leisure battery or solar system then the c-tek d250s is in our view worth the money - simple to install, fit and forget, and works superbly